ADHD or Attention Deficit Hyperactivity Syndrome is a complicated and often misunderstood condition. It is thought to affect between 3- 5% of children. It has also been estimated that ADHD is 3 or 4 times more common in boys than in girls. Generally, the ADHD child is unable to concentrate, is hyperactive to the point of being disruptive, and has poor school performance compared with intelligence.

In recent years, there has been an alarming increase in the number of cases of ADHD. ADHD, attention deficit hyperactivity disorder is strongly linked to diet, chemicals and food additives in processed food, especially refined sugar and carbohydrates and corn syrup. Food allergies, heavy metal toxicity and caffeine found in sodas are all aggravating. Essential fatty acid (EFA) deficiency has been found in many cases. 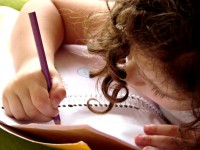 Conventional treatment involves giving children suffering from ADHD pharmacological drugs such as stimulants. This is worrisome, as these drugs can cause psychoses, including manic-like and schizophrenic-like disorders. Congress has called for an investigation of the effects of prescribing certain stimulants to children, and certain pharmaceutical companies producing these stimulants have been the subject of class action lawsuits in recent years, as more parents are realizing that the drugs are actually making their children sick.

ADHD can be treated naturally without the use of pharmaceuticals that cause more problems than they purport to solve.

The symptoms of ADHD can be categorised into two sets of behavioural problems – symptoms of inattentiveness and symptoms of hyperactivity and impulsiveness and it is not fully understood whether these problems are an extreme form of normal behaviour or part of a separate range of behaviour. A child who is inattentive, overly talkative, impulsive, excessively irritable and hyperactive is labelled as having ADHD. But there are three sub-types of the condition and it is useful to find out which one your child may have:

Childhood ADHD is more commonly diagnosed in boys than girls and this may be because disruptive behaviour, which the diagnosis may be partly based on, tends to be more prevalent with boys than girls. Girls with ADHD often have the mainly inattentive form of the condition, which may make them quiet and dreamy. Often this condition goes unnoticed. It is therefore possible that ADHD could remain undiagnosed in girls and could be more common than previously thought. The symptoms of ADHD in children and teenagers are well defined:

If your child has ADHD their symptoms usually become noticeable before the age of 7. Most diagnoses are made between the ages of 3 and 7. The most common problems caused by ADHD are underachievement at school, poor social interaction with other children and adults and problems with discipline. In some cases, ADHD can also cause related conditions, including:

Anxiety disorder – causes the child to worry and be nervous most of the time. Physical symptoms of this are rapid heartbeat, sweating and dizziness.

Oppositional defiant disorder (ODD) – defined by negative and disruptive behaviour, particularly towards authority figures such as parents and teachers.

Conduct disorder – tendency towards highly anti-social behaviour such as vandalism, stealing, fighting, harming people, harming animals. If your child is behaving this way it is imperative to consult a registered health practitioner straight away.

Epilepsy:-  a condition of the brain which causes seizures (fits)

Tourettes’s Syndrome: – a condition of the nervous system (the nerves, brain and spinal cord) that causes involuntary movements and sounds

Learning difficulties: – around a third of children with ADHD can also suffer from dyslexia (difficulty reading and spelling words.) However it is important to remember that ADHD has no effect in intelligence

In adults the symptoms of ADHD are more difficult to define, largely due to a lack of research, and it is still uncertain whether ADHD can occur in adults without it first appearing during childhood. However, it is known that symptoms of ADHD often persist from childhood into teenage years and into adulthood. Any additional, associated problems such as dyslexia or depression are also likely to carry on into adulthood. By the age of 25, an estimated 15 per cent of people diagnosed with childhood ADHD still show the full range of symptoms and 65 per cent still have some symptoms that impact on their daily lives. There is no definite list of adult symptoms and experts agree that simply applying the childhood symptoms to adults would not work. This is because the way in which inattentiveness, hyperactivity and impulsiveness affects adults is very different to the way they affect children. Hyperactivity tends to decrease in adults, while inattentiveness worsens due to the pressures of adult lives. Adult ADHD symptoms are much more subtle than childhood ones but the following could be experienced:

As with ADHD in children and teenagers, ADHD in adults can appear alongside other problems or conditions and one of the commonest is depression. Other associated symptoms could include:

Any problems you may have had as a child are likely to persist into adulthood which can make life extremely difficult. For example you may have difficulty finding and keeping employment, in relationship and special interactions, with drugs or with crime.

A study published in the British medical journal The Lancet indicated that in at least two thirds of all ADHD cases, food sensitivities were the cause. Pause for a moment and think of what this means – 64 per cent of the children out there being dosed with toxic pharmaceutical drugs to treat ADHD simply don’t need them. This number is monumental. In the U.S. alone, that represents an estimated 5 million children.  Food additives that may increase hyperactive behaviour include:

Hyperactivity can be caused by underlying conditions such as learning difficulties, an unstable home life, food allergies, leaky gut syndrome, excessive sugar ingestion, heavy metal toxicity or even the need for glasses. Caffeine is also known to be a cause, as well as environmental factors. Chemical stimuli in the environment such as perfumes and cigarette smoke can also be triggers, as well as a poor immune system, sometimes as the result of vaccinations. Congenital problems and birth injuries can also have an impact.

This content is for members only. Please JOIN NATURAL CURES OR LOGIN

Get screened for food allergies and sensitivities, and then avoid eating those foods you are allergic or sensitive to. Allergy testing, NAET

Increase liquids such as filtered water, fresh vegetable and fruit juices, and immune enhancing herbal teas like astragalus (a Chinese herb) or nettle (8-10 cups per day).

Drink water with the juice of one fresh squeezed lemon upon rising and before going to bed.

If your abscess is chronic, eat plenty of organic berries (fresh or frozen) or drink berry leaf teas.

Include plenty of steamed leafy green vegetables and sea vegetables into your diet to ensure a good supply of vitamins and minerals needed for healing.

Eat fresh pineapple, it contains bromelain, which is very effective at reducing inflammation.

Eliminate all stressor foods from your diet, especially refined sugars, fried foods and alcohol for at least two weeks.

The following all contribute to a poor diet and will slow down the healing process so also adhere to this list:

We know that when the body is out of balance, energy doesn’t flow, leading blockages and eventually dis-ease. Here are some things you can do to combat stress and restore balance:

This content is for members only. Please JOIN NATURAL CURES OR LOGIN

Effects of a restricted elimination diet on the behaviour of children with attention-deficit hyperactivity disorder (INCA study): a randomised controlled trial, The Lancet: www.thelancet.com/journals/lancet/article/PIIS0140-6736(10)62227-1/abstract

The Oxford-Durham Study: A Randomized, Controlled Trial of Dietary Supplementation with Fatty Acids in Children With Developmental Coordination Disorder,  Journal for the American Academy of Paediatrics : www.pediatricsdigest.mobi/content/115/5/1360.short

Overcoming ADHD Without Medication: A Parent and Educator’s Guidebook

Help For The Hyperactive Child by William G. Crook MD.

Without Ritalin: A Natural Approach by Samuel A. Berne.