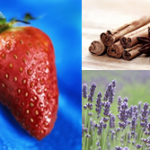 Description: For the National Public Radio series One Hundred Years of Stories, broadcast two years ago, Ellis interviewed Americans at least 100 years old some of them ailing or confused in their thinking, others completely coherent, lively and full of fascinating tales from the past and insightful wisdom gleaned from a century of living. The poignancy of a prolific writer and Hollywood veteran who can’t remember enough to participate in the interview is offset by a woman who lives alone, still rows her own boat and occasionally skinny-dips, and by a man who marries for the third time at 103. Ellis reveals little of her own life here, and withholds any intimate introspection when, for example, a 101-year-old law professor describes his regret at spending so much time on his work rather than having a family and points out that Ellis’s childless lifestyle is similar. On the other hand, she abandons straight journalism by indulging in a long tangent about “limbic resonance,” or getting absorbed in someone’s telling of a story. She concludes that “emotional connection with another person is all that will make you happy,” but she tells readers this rather than letting her interviewees speak for themselves. If Ellis had stuck with the subjects’ own voices and fleshed out their stories in more detail, this might have been a powerful oral history of America in the 20th century. Instead, it reads like a radio show brief quotes with a few sound bites of editorialization.